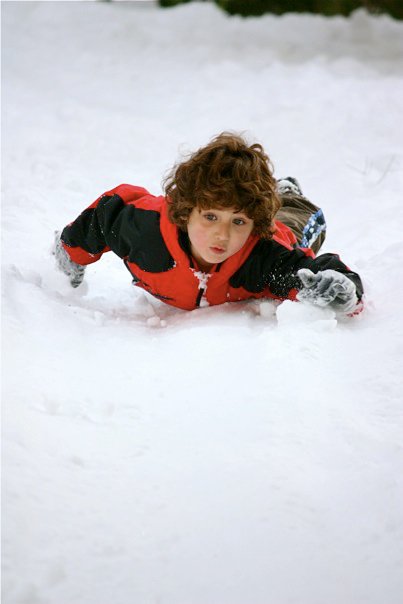 As a child Snow days were the best days. Each time we had one the first thing I would do was ask mom if I could go play in the snow. I would grab my jacket, gloves and boots and run out the door. I remember spending hours just belly flopping down the hill or pretending to swim in the snow. Just the thought of not being stuck in school and being able to play outside was more fun than I could imagine. 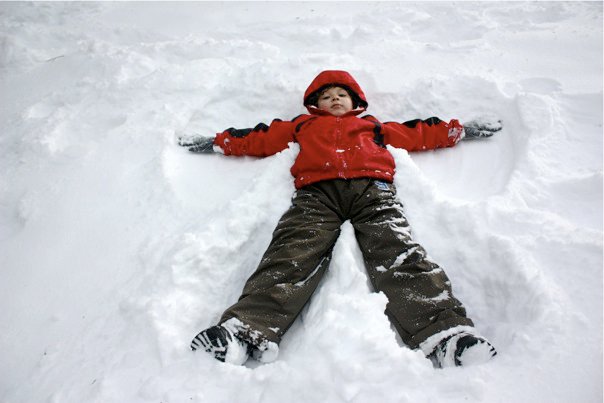 At first I would try to roll to the side and found that one of my wings would get messed up. Then I tried the sit up, and jump out of the angel move, but found that i would leave deep imprints of my shoes when I jumped off. One day I actually laid there in the snow until my mom came out looking for me and asked her for help, and found that even with her help there would still be some kind of imprint on or around my Snow Angel.

So, at the age of 8 I came to the conclusion that as much fun as snow angels maybe, creating a perfect snow angel is close to impossible. There will always be some kind of sign of me trying to get out. Now as an adult, reminiscing on my childhood I have decided that this winter as I head to the snow to snow board or ski, I will add making a perfect snow angel to my bucket list.